SHORT BIO: Orna Ross is a bestselling and award-winning independent novelist and poet and co-founder of the Alliance of Independent Authors (ALLi).

When not running ALLi, penning poems, or conjuring novels about murderous families in centuries past, Orna enjoys yoga and meditation, jogging and dancing, cinema and theatre, trekking and traveling, and hanging out with her friends and her (surprisingly non-homicidal!) family.

Orna’s personal publishing success and her experience working with thousands of other indie authors has made her a passionate advocate for self-publishing as artistic expression, as a viable business option for authors, and as a necessary skill for everyone who wants to make an impact in today’s digital, networked economy.

She hosts the popular Self-Publishing Advice podcast with members of ALLi’s team and The Bookseller, the trade magazine of UK publishing, has named her “one of the 100 most influential people in publishing”.

Orna sells most books through her own websites OrnaRoss.com and the Self-Publishing Advice Center, but they are also widely available wherever good books are sold online.

About Me: Background and Inspirations 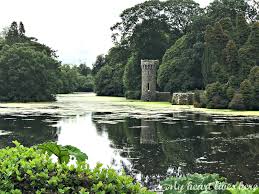 Born: Áine McCarthy, in Waterford, Ireland, in 1960. Yes, Orna Ross is a pseudonym.

Raised: Murrintown, Co. Wexford, which was then officially (in my mind, anyway) the smallest village in the world. Nuclear Irish family, eldest of five, three brothers and a sister, who was a rubella child with severe disability.

Hometown: Can I have four? The first was, and still is, Wexford and its surrounds, from Murrintown (where I was grew up) to Rosslare (where the mammy now lives). A trip from Murrintown into “town”, with its long quay, crooked Viking streets, and international opera festival always felt like a magical excursion to me. It still does. Between Wexford town and Murrintown was Johnstown Castle, a Victorian neo-gothic pile, with lakes and gardens, and nearby evocative ruins at Rathlannan, and cemetery at Kildavin. (Don’t you love even the names of these places?). I spent many a formative day roaming Johnstown’s grounds and deer park, reading a book and communing with swans and gravestones.

Then there’s Dublin, especially the seaside suburb of Clontarf, where I lived for almost 20 years, and where we raised our family.

And now there’s London, incomparable London, for me the greatest city in the world and St Leonards-on-Sea, a bohemian spot near historical Hastings, where I regularly retreat to write and find endless inspiration. 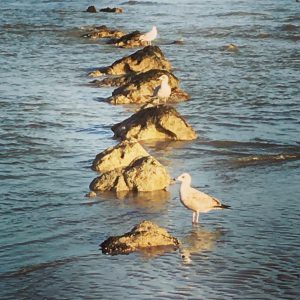 Religious Views: I’m not religious (the convent education put paid to that) but I do believe in the creative spirit and the creative process. It seems to know what it’s doing. I try to engage it and emulate it. Observing the power and majesty of this process holds me in the way the concept of god holds others.

Marital Status: 30+ years, to the man known around these parts as The Hubster. So far, so fair.

Children: The Daughter and The Son, now grown up and living close by. Being from a country riven by emigration, I know this for the blessing it is. They lent me their names (Orna and Ross) for my pseudonym.

Politics: Feminist progressive. I was once active in the struggle for women’s rights in Ireland, when it was sorely needed, and I’d like to see the cage of gender further dismantled. I love the trans movement, love to see people feeling free enough to mix it up, and love to see the hold of hierarchies weaken or dissolve. I love to see more women–and more positive female values–in public life and to see more men–and more positive male values–in private life. This is still the most important political struggle, for me. The one that plays out internally for everyone, as well as in every relationship across class, color and creed.

For me, writing is a political act, fiction and poetry included, but my real challenge is the one laid down by that über-politician, Mahatma Gandhi: To be the change I want to see in the world.

Vegan food: what’s not to love?

Diet: Vegetarian since 1993, when I visited an abattoir for a story I was writing about “mad cow disease”. Mostly vegan since breast cancer brought Jane Plant’s work on the links between hormone-saturated dairy and cancer to my attention. Cannot believe this has become trendy. Gotta love millenials.

I agree with Mr Hartley that the past is, indeed, another country and it’s my favorite place to travel. I’m especially drawn to bohemian times and places where shackles are thrown off and creativity flourishes — fin de siecle Paris (1890s); literary revival and revolutionary Ireland (1910/20s); hippy and gay lib  San Francisco (1950s/80s). 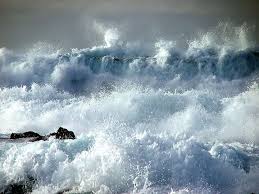 The sea: “always saying all to me”.

Gender: We’re all born of woman and seeded by man and we all carry “male” and “female” characteristics and energies. How these play out, in an individual life and in different societies, is endlessly fascinating to me.

The sea: Everything I needed to know, I could have learned easier by watching the waves.

Books: I’m not just a writer but a better human being for being a reader. A deep bow to everyone who believes in the magic of two human imaginations connecting, in silent communion, across space and time.

Why I’m an Indie Author 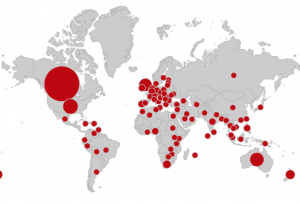 The world of business is changing. That’s why multimillionaire CEO Sidney Harman recently said: “‘Get me some poets as managers.’ … Poets, those unheralded systems thinkers, are our true digital thinkers.”

I agree with Sid. Business can be as creative as poetry when approached with a creative mindset. That’s what I practice each day, alongside other indie authors who are building digital enterprises around their own personal passion, mission and sense of purpose.

With the help of technology–particularly artificial intelligence, machine learning, distributed networks–and that wonderful human being, my agent Amy Collins, I look forward to reaching more readers, in more territories and formats than ever, in the 2020s.

What’s happening in publishing is not just about writers. It’s about the wider business world. And it’s about how we intend to live, going forward.

A creative business like author publishing makes a positive difference in the wider world. Conventional business is profit-powered and what has poisoned so much human interaction in recent centuries, and what’s poisoning the planet we live on, is this single-minded pursuit of commercial profit, without the balancing force of a deeper creative or spiritual purpose. For indie authors, as for other creativepreneurs, business is composed of equal parts passion and profit, creative and commercial. To succeed, both must successfully integrate.

A truly empowered author class, with a sense of its own significance, making choices from creative as well as commercial imperatives, could seriously shift how the world of business and commerce operates, especially as new technologies like blockchain and artificial intelligence open new opportunities, and distributed networks for digitally-driven creatives.

Since starting to self-publish, I’ve been able to do far more for my books than my previous publishers (Penguin & Attic Press). They’ve won awards, reached the top of Amazon, Apple and Kobo bestseller lists, and are bought and read all around the world, every day. This is happening for hundreds of thousands of authors, worldwide.

The ideas and insights generated by writers who no longer have to fit into established frames of thought and power is progressing the movements towards the democratisation of thought, and universal autonomy of action, begun in the 19th century. I am beyond thrilled to be alive at this time to witness, and be part of, these great communitarian movements.