Creative intelligence is not just something we bring to literature, art and music.  Each and every moment of 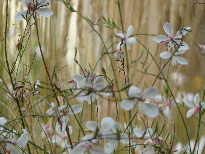 our lives can be met with a consciously creative approach.

One way of understanding our creative intelligence is to compare it to the conventional intelligence that has traditionally been more prized by our schools and workplaces.

These are sweeping summaries of complex neurological and social processes but in broad terms:

As Bill Moyars once said, ‘creativity is piercing the mundane to find the marvelous’. You don’t have to be making an artwork or a piece of literature to do that. It can happen in the making of relationships, or work, or money or anything else.

The same process that makes one thing makes all things.