From now until the Sunday after Christmas, the blog’s Sunday poetry slot will be given over to a selection from Poetry for Christmas. This week, Anne Sexton’s “Christmas Eve”, takes us into the searing heart of a complex mother-daughter relationship. 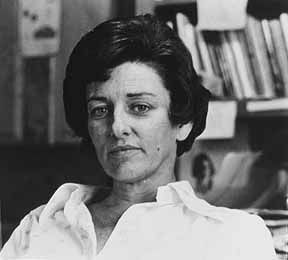 The Christmas story has nothing to say to daughters and that’s often a source of anger for women poets. In “Christmas Eve”, Sexton captures such daughterly anger within agonising imagery and a tightly controlled rhyme scheme and rhythm that slowly unpeels her ambivalence: your ageing daughters, each one a wife/each one talking to the family cook,/each one avoiding your portrait,/each one aping your life…

What takes the emotion beyond the poet’s individual relationship with her mother into something more universal is its allusion to the Christmas story. Her mother’s name was  also the name of Jesus’s mother.

In the poem that name is invoked and absolution sought: “Mary– Mary, Mary, forgive me”, as the poet touches her breast, “as if, somehow, it were one of yours.”

That “somehow”, that ambivalence and inability to understand, comes between the poet and what might be her salvation. The torment of ambivalence cannot be assuaged, the poet is left with “that present that I lost”, that she knows she will never find in her dead, sharp diamond of a mother. Her torn understanding does not provide a place within which the great Christmas message of forgiveness can find a hold, without which creation, a new beginning, cannot arise.

This is a very private poem, its pain is painful to read.

And the reader’s discomfort is intensified by the knowledge that Sexton ended her own life and that on the evening she sat into a closed car and opened the throttle to suffocate herself, she was wearing her dead mother`s fur coat.

I could not count the cost

of all your faces, your moods–

that present that I lost.

your portrait flickered all night

by the bulbs of the tree.

Your face as calm as the moon

over a mannered sea,

presided at the family reunion,

you used to wear on your wrist,

a fat check you never wrote,

the red-haired toddler who danced the twist,

your aging daughters, each one a wife,

each one talking to the family cook,

each one avoiding your portrait,

each one aping your life.

Later, after the party,

after the house went to bed,

I sat up drinking the Christmas brandy,

letting the tree move in and out of focus.

They were a halo over your forehead.

Then they were a beehive,

each with its own juice, each hot and alive

stinging your face. But you did not move.

I continued to watch, forcing myself,

of two small birds, to change.

But they did not age.

The smile that gathered me in, all wit,

all charm, was invincible.

Hour after hour I looked at your face

but I could not pull the roots out of it.

Then I watched how the sun hit your red sweater, your withered neck,

You who led me by the nose, I saw you as you were.

Then I thought of your body

as one thinks of murder–

Then I said Mary–

and then I touched a present for the child,

the last I bred before your death;

and then I touched my breast

and then I touched the floor

and then my breast again as if,

somehow, it were one of yours.

~ Anne Sexton’s “Christmas Eve” was written in 1964 and first published in the collection, Live Or Die.