Creative Date With Self: Inside Out 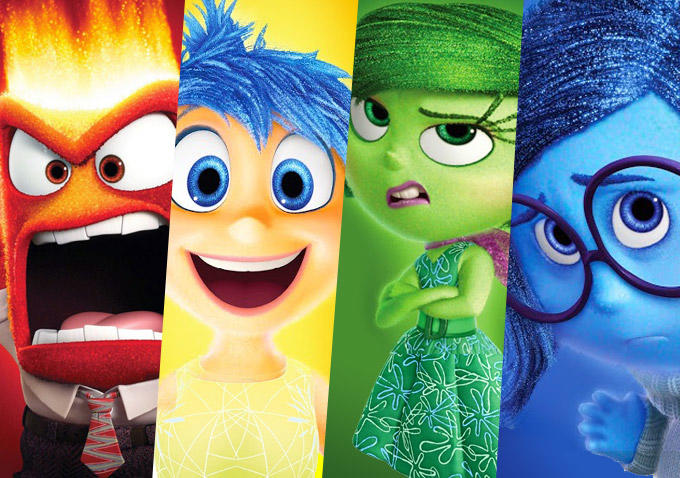 One of the core Go Creative! tools is the Create-Date. The invitation is to take time-out with yourself once weekly, to do whatever is your idea of fun that week. I write about my own create-dates here on the blog each Sunday and would love to hear about yours. This week I went to see Inside Out, Pixar’s latest animation film, by Pete Docter and Ronnie Del Carmeno.

I think Inside Out is the best Pixar film ever. I’m speaking as a serious fan, of the movies and company, who’s been a bit disappointed by recent outings. For me, this film marks a return to Pixar at top form.

As Oliver Lyttelton said on IndieWire, it’s not just great, it’s important. Wise and moving, clever, funny and profound and about nothing less than the place of suffering in human life.

The outer story couldn’t be simpler. Riley (Kaitlyn Dias) is an eleven-year-old girl whose happy, all-round American childhood is shaken by a family move from Minnesota to San Francisco.

So far, so ordinary but the story here is not the outer action but the emotions that drive Riley on the inside, emotions we all share: Joy (Amy Poehler), Sadness (Phyllis Smith), Fear (Bill Hader), Anger (Lewis Black), and Disgust (Mindy Kaling).

In a series of visually stunning sequences, the film takes us through core and long-term memory, (including a catchy gum commercial tune Riley can’t get out of her head), various degrees of abstract thought (“Oh no, we’re deconstructing!”),  the function of the subconscious (“It’s where they take all the troublemakers”), imaginary friends (“Take her to the moon for me!”), facts and opinions (“They’re all so alike”) and countless other mental and cognitive processes, treated with humour and humanity.

In the end, Joy learns that she cannot help Riley be happy without Sadness’s help. To be happy again, first Riley must accept that she’s sad.

Disney’s movie culture can sometimes seems almost pathologically positive but here’s a children’s movie that’s utterly grown-up about sorrow. That recognises not only that life has sorrows as well as joys, but the understanding that you can’t have one without the other.

They create each other, they inter-are.

Below are some great clips from Inside Out, including out-takes.