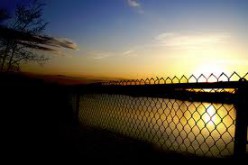 Below are six more states of consciousness, from Mi consciousness, where the dominant note is … well, dominance, to the final state, the one we call the “native” state, where no note dominates and all sound, and silence, is given due airtime: creative consciousness.

Check out the six stages below and see: which is your dominant note?

Thinks society would be better if we had more: weapons.

In this world view, life is a matter of being who you are, and doing what you want or need to do. The people who do best are those who call the shots. Guided by magical-mythic spirits, dragons, beasts, and archetypal gods and goddesses. Aims to enjoy self to the fullest without regret or remorse. Mi consciousness is mostly impulsive, egocentric and defensive and morality is expedient.

Motto: “The Lord helps those who help themselves.”

Thinks society would be better if we had more: religion.

In this world view, life is a code of conduct based on self-evident principles of “right” and “wrong” and people’s individual self-identity is less important than group justice and order. Individuals must comply with the needs of the group. Fah consciousness sees right and wrong very clearly and believes violating rules warrants serious repercussions.  The faithful are rewarded, if not in this world then in the next.

Motto: “The harder I work, the luckier I get.”

Thinks society would be better if we had more: prosperity.

In this world view, life is a series of challenges to be surmounted and people progress by knowledge to prosperity and self-reliance.  The world is a rational machine with natural laws that can be learned and mastered, and the more human beings understands them, the better we will be able to shape them to our own ends. Subjective views of “reality” are dangerous (or worse, stupid) and every attempt must be made to be objective. Science is  the most trustworthy knowledge as it attempts to factor for human bias. Sol-consciousness is blind to the subjectivity behind objectivity. Interested in reasons, causes and consequences and productivity.

[Note: this is 10% of the world population. Don Beck estimates that around 20-25% of the population in US & similar countries have Lah as their dominant state.]

Motto: “Take enough for your need but not for your greed.”

Thinks society would be better if we had more: respect for others and the earth.

In this world view, life is a search for inner peace and an exploration, with others, of the caring dimensions of community. Human beings must be freed from dogma, divisiveness, hierarchy and inequality and the earth’s resources and peoples must be cherished and more equally distributed. Feelings supersede rational knowledge. Lah consciousness values dialogue, reconciliation and consensus and see  “reality” as socially constructed.

Motto: “The best and safest thing is to keep a balance in your life, acknowledge the great powers around us and in us.”

Thinks society would be better if we had more: awareness.

In this world view, life is an interdependent weave of pluralities. Complexity, shifting context and conflicting needs  can be accommodated and enjoyed. Abilities are valued more than rank or status and authenticity more than identifying with a group. Balance is key e.g. egalitarianism is balanced with acknowledgement of excellence and feedback from “life” (arising circumstances) is considered in solving problems and meeting challenges. Ti consciousness values win/win solutions, likes change and see  “reality” as a mental construct.

People are: autonomous but also interdependent

Dominant Note: Unity. (All notes and none)

Drives: Self-actualisation and happiness for everyone.

Thinks society would be better if we had more: trust in, and unity with, the harmonics of enlightenment.

In this world view, life is an interdependent symphony of scales, systems and forms that unite feeling and knowledge, male and female, matter and spirit, life and death, inner and outer, thingness and nothingness, potential and actuality and everything in between.  There is a universal order and pattern but in the form of a great creative consciousness, not based on human rules, drives or requirements. Multiple levels of human and non-human development across parallel universes  are interwoven into this pattern that is beyond human intellectual understanding. This creative consciousness is embedded in the nothingness that is pure creative potential.

People are: like everything else on earth and beyond, waves of integrated energies.

In moving from state six to seven as our dominant note, from lah to ti, our creative consciousness takes what Clare Graves referred to as a “momentous [psychological] leap,” where “a chasm of unbelievable depth of meaning is crossed.”  In this state, we are able to think about human existence both vertically (ranking) and horizontally (linking), which is something earlier states of mind cannot do.

The earlier states – doh, ray, me and fah — fail to fully appreciate other kinds of consciousness. Each thinks its worldview is the correct or best perspective and reacts negatively if challenged; lashing out, in its own way, whenever it perceives itself as threatened.

Fah is uncomfortable with mi self-centredness and sol ambition. Sol thinks fah is naive and lah is weak and narcissistic. Lah’s equality consciousness is dismayed by Ti’s awareness of excellence and sees its sense of out life reflecting inner states as blaming an individual for their life challenges.

Each state can also be reactivated as life circumstances warrant.  In an emergency situation, you won’t be fired by your cognitive or aesthetic needs. When life gets chaotic, your need for order will surface, once again, as primary. Ti and full scale consciousness appreciate the necessity of other states of mind, that all states are necessary, that each is a fundamental ingredient of all subsequent waves, and thus each needs to be included and valued .

Where lah consciousness begins to grasp that numerous systems, different needs and rights, and multicultural contexts exist in different societies and cultures, ti goes one step further. This higher order state ”looks for the rich contexts that link and join these pluralistic systems,” says Ken Wilber in A Theory of Everything. “and thus it takes these separate systems and begins to embrace, include, and integrate them into holistic spirals and integral mesh-works.

In ti and full-scale consciousness, we have moved “from relativism to holism, from pluralism to integration.”

This is the state of mind that Buddhists call “Big Mind”, where we see the whole picture and tend to think in terms of the overall symphony of existence rather than identifying with or privileging our own. These states of consciousness also appreciate the existence of emptiness and nothingness, understand and appreciate the power of silence, stillness, being, passivity, surrender and creative presence.

Our personal challenge is not to fight against or argue with other people’s states of consciousness or ways of being but simply to be fully who we are, and aware of our own state of consciousness.

So which one is your dominant note?

Next time: How To Get Into Flow.

cracking creativityIrish vote
I’d love to hear what you think. Please comment in The Guestbook
Share on

Creative Business, Productivity For Creative People
The Key Question For Artists And Creatives 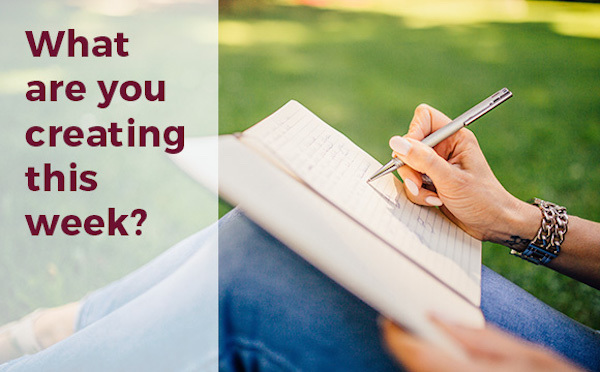 Be More Creative, Creative Business, Go Creative! Show
Your Monday Motivator: What To Do When Creative Challenge Hits