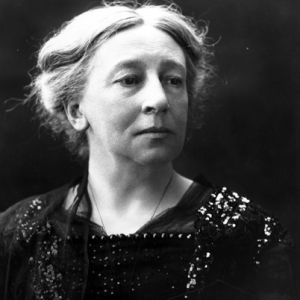 Creativist heroes are people who inspire us by taking a consciously creative attitude to their lives. This will be a regular series on the blog going forward. If you have a “hero” you’d like to tell the world about, drop me an email explaining exactly how they lived their life from creativist principles, in a way that has inspired your own choices.

Last week, I received an invitation from long time supporter of this blog, Phil Mason, to attend the rehearsed reading of her play Lady Gregory at Pentameters Theatre. As I’m also writing about dear old Lady G, as part of my novel about WB Yeats and Maud Gonne, Her Secret Rose, I was instantly intrigued.

The read-through by Irish Theatre was fascinating, capturing (almost) all the aspects of Lady G’s long life. It’s a one-person, one-hour play and Maura Judges does a great job in the lead role, emphasising Lady G’s personal and family life and her consciously creative attitude not just to writing, but to everything she did — especially her passion and persistence.

I asked Phil, a woman who has made great creativist strides in her own life (see below), to kick off our “My Creativist Hero” series.

Lady Gregory comes across to me as feisty, independent, motivated and determined. When she took a notion to do something she was persistent and passionately driven to see it through.

Her meeting with Yeats in 1898 was typical: the seed of an idea for a national theatre became planted in her head and she pursued it relentlessly through all manner of obstacles until it became a reality.

I have to remind myself that she didn’t have so much as a telephone at her disposal but she remained undeterred.

She showed the same spirit in undertaking to translate the Cuchulainn stories, at first she thought it would probably take her a lifetime to  do this – if at all – but succeeded in doing it within one year and to massive acclaim.

On top of this spirited persistence, she was hugely cultured and refined, she had no time for social snobbery, she was not intimidated by people in high position and she showed great courage when her life was threatened.

In short, she was truly inspirational.

The fact that all the drama associated with the Literary Renaissance happened on my own doorstep in Galway gave writing my play about her an added dimension.

And another connection is that Lady Gregory just happens to be buried in the same cemetery as Phil’s parents, where she visits a few times a year.

Phil Mason is a graduate of NUI, Galway (English and Philosophy), the College of Commerce Dublin (Computer Programming) and a former member of the institute of Certified Public Accountants. A few years ago, Phil left accountancy to become a full-time writer. “There was a master/slave culture which I found unbearably stressful – an understanding that you can expect to be treated with disrespect by anyone senior to you but that as a reward you are entitled to treat people junior to you in the same way. I felt I was working at about ten percent of my ability, and for a pittance, so I decided to channel my energy into writing instead.” Phil’s own passion and persistence has since seen her complete a novel and five plays.

fiction prizeFortune magazine
I’d love to hear what you think. Please comment in The Guestbook