“My mother was a homemaker, the sort of woman [Virginia] Woolf referred to as “the angel of the house”, who, like many such house angels, had given 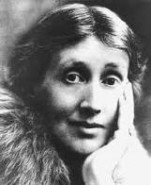 herself over to a life that was too small for her.

“She had always seemed to me like an Amazon queen, captured and brought to a suburb, where she was forced to live in an enclosure that could not contain her, and yet ineluctably did.

“My mother … could spend half a day deciding on cocktail napkins for a party. She planned every meal exquisitely, and still worried that they were failures. Germs decided eventually to cease entering the house entirely, because they knew they’d find no purchase there.

“Sitting before my computer, I began to wonder . . . If you removed the ultimate object – for one woman, a novel, for another, a home so perfectly created and maintained that nothing rank or dolorous could ever take root there – you had, essentially, the same effort.

“That is, the desire to realise an ideal, to touch the supernal, to create something greater than the human hand and mind can create, no matter how gifted those hands and minds might be.

“It seemed that in some fundamental way, my mother and Woolf had been engaged in similar enterprises.”

from The Guardian Review. Read full article here.
Michael Cunningham will talk about his novel, The Hours, at the Guardian book club on July 5th 2011. Tickets: guardian.co.uk/books/bookclub

be more creative in lifecreative publishingcreative visualisationgoing creative
I’d love to hear what you think. Please comment in The Guestbook