One of the best reasons to engage in conscious creation is its ability to heal an internal wound, to fix what is broken, to make the 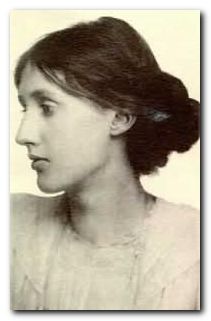 Those who distinguish between ‘great’ versus ‘therapeutic’ art deny this. They want to draw a line: the poor efforts of the emotionally incontinent and artistically illiterate on one side, the masterpieces of genius on the other.

Except that many of the ‘greats’ have been humble enough to acknowledge that there is no such distinction.  Suffering as a creative impulse does not distinguish between the exceptional and the commonplace.

The syndrome is best expressed, I think, by Virginia Woolf in her ‘A Sketch of The Past’, when she talks about the effect of ‘shocks’ that break through what she calls the ‘cotton-wool’ of ordinary, routine life and thought.

These shocks evoke strong feelings (sometimes horror, sometimes pleasure, sometimes rapture or ecstasy).  They are  paradoxical, more likely to occur when one lives ‘consciously,’ yet such ‘exceptional moments . . . come to the surface unexpectedly’.

This syndrome led Woolf not only to create an outstanding body of fiction, nonfiction and criticism but also to ‘reach a philosophy; at an rate, a constant idea… that behind the cotton wool is hidden a pattern; that we – I mean all human beings – are connected with this; that the whole world is a work of art…

‘We are the words, we are the music, we are the thing itself.  And I see this when I have a shock’… and create from it.