* No spam ever. Unsubscribe anytime.

In 2011, I decided to strike out on my own as a self-publishing independent author. It has been the best move of my writing life.

Back then, all my author and publishing friends were talking about how new technologies were giving writers unprecedented opportunities to publish our own work. For me, this was an exhilarating thought.

I’d worked in media and publishing for almost twenty years, published with a small press (Attic) and the largest of them all (Penguin Random House) and had even self-published a book some years before, in the days when selfpub meant a consignment print run, that gave you a spare room full of print books and a distribution challenge.

While that book had actually succeeded, selling widely among the women it was written for and their friends, and also through Easons, Ireland’s largest book chain, it was a very particular situation.

Self-publishing, I knew, wasn’t a viable option for most books, and almost never for fiction.

Except suddenly, thanks to ebooks and print-on-demand and online book-selling, it was.

With the necessary safeguards built in to stop yourself pressing “publish” too soon, and with good editorial and design support, self-publishing now seemed to me like the most creative choice a writer could make.

It would involve me in exciting editorial and design decisions and, most important to me given my recent experience of the constraints of corporate publishing, decisions about how my books would be marketed and reach readers.

As someone who blogged about creativitism and conscious creation, I felt I had to give it a try. 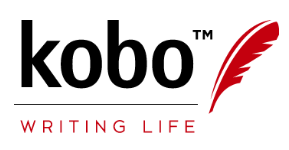 I started small, uncertain whether I might be defeated by the technology or practicalities, with an ebook about Inspiration Meditation.

Students had been asking me to put together such a book for a long time, and I knew they’d be kind if it was less than perfect and it would sell enough copies among them to cover its cost. I commissioned some illustrations and set to it.

And loved every minute of it.

Using Scrivener software for writing and formatting, and Amazon, Kobo and Smashwords for distribution made the process cheap, swift and easy. The costs were low – a few hundred pounds for design and editing plus the 30% commission that the distributors took on each sale – but the payment to me, the author, per book (3$ each) was much higher than anything I’d received in trade publishing (less than 1$, often discounted, is a generous trade royalty for fiction).

Break-even and then profit seem distinctly possible, especially as the book would be there forever. With ebooks and print-on-demand, there was no such thing as out of print.

Though money is always nice, what gave me more pleasure was being able to bring the book to the meditation group exactly as I envisaged it.  I was very pleased with the results — and so were they. 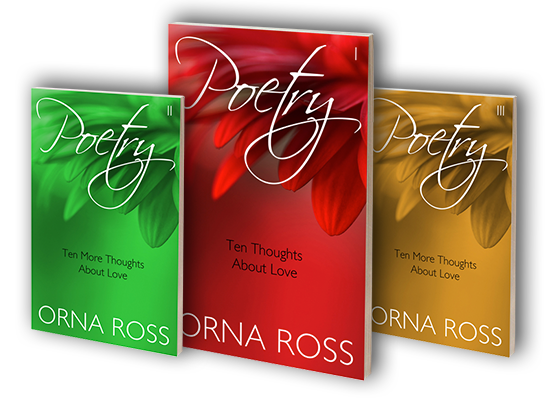 I decided to go wider and, on the same principles (short book, straightforward to format, limited readership if I make a hash of it), I next produced a pamphlet of poetry. Again, it was an easy, fun and rewarding experience.

And surprisingly, sales were actually happening. In popped my first cheque. Two figures only, but these were meditation and poetry,  books and even then I could see that the next cheque would be bigger, and the one after bigger again. What might a novel do?

It looked like it was time to talk to Penguin about getting my rights back.

Back in 2003, when I’d signed a two-book contract with Penguin in exchange for a generous advance on royalties, it was the culmination of years of writing, and editing, and dreaming, and hoping, and weekly proposal submission. Like many authors, I experienced fifty-four proposals and rejections before the fifty-fifth turned in a yes.

I’d worked in journalism, published academic articles and essays and three nonfiction titles with a small press, but my kind of fiction was not an easy sell to publishers of the early 2000s. The books did not fit neatly into a genre. They were “too long”, said one rejection.”Too feminist,” said the next. “Not feminist enough,” said a third. “Too Irish,” said another. Well written, yes. A good story, certainly, but not right for the market for one reason or another, not unless I made changes to the manuscript that I wasn’t willing to make.

I was learning that the days when an empathetic editor spotted potential in a tyro manuscript, and took it on, and mentored a writer through a long-term career, were over.

Free market ideologies had conglomerated and commercialised publishing. Supermarkets and bookstore chains dominated the book business, telling publishers what price to sell at, how many copies to print, what to put on the cover, what to call the books, and even what to put inside them.

Publishers now were selling not so much to readers as to retailers.

And my books got caught in that dynamic.

My first novel, AFTER THE RISING is a multi-layered family murder mystery based on a real-life killing that happened in the small village where I grew up, in the south-east corner of Ireland, forty years before I was born,.

It happened in a year (1922/3) when all Ireland – families, communities, even husbands and wives – were riven apart, divided over the “peace” treaty that had just been signed with Great Britain — a

treaty that gave only partial independence to our country and treated shoddily those who had worked hardest to bring the British to the negotiating table.

The Irish took up arms against each other, using the guerrilla tactics that had just “succeeded” against the British. During this short, squalid, civil war, my father’s uncle was shot dead by a close friend from the other side.

As a child, I was fascinated by what I knew of this story, not just by the question of how a young man could kill his friend over a peace treaty but even more by the silence and whispers surrounding it. Nobody talked about the civil war, our schoolbooks skipped right over it, yet half of our village was still uneasy with the other half.

Which side parents or grandparents had taken in ‘The War of The Brothers’ still affected voting patterns and – of more interest to an emerging novelist – friend and family loyalties.

I always knew I’d write about this, about the shame I could smell beneath the silence and eventually a 200,000-word, multi-generational, three-volume story that took great liberties with the facts emerged. I explored the issues raised by the civil war by interweaving the story of 1920s Ireland with other kinds of intimate war and quests for freedom: the grandchildren of the 1920s characters struggle for sexual and emotional liberation in 1980s San Francisco and 1990s Ireland in After The Rising and Before The Fall; their great-grandchild endures similar struggles in post-9/11 NYC, as he tracks down what was happening to the other side of his family, in In The Hour.

This then, was my precious first book, close to my heart in so many ways, not least for the many years it had taken for me to fictionalise these sensitive and complex questions, while creating a story world that would both make readers think and sweep them away to another world.

But where I saw a page-turning drama that shattered silences and explored questions of freedom and belonging, Penguin and Tescos saw chick lit.

Yes. Chick lit. And yes, Tescos. The giant supermarket was now the biggest outlet for books in the UK and their opinion counted for everything with Penguin.

The title was changed to Lovers’ Hollow, the jacket blurb made no mention of war, and the cover was given a neon-pink treatment. (When anyone who knows me knows I am The Anti-Pink).

In their terms, it worked. It took the book to the top of the bestseller charts but for me, it was a bruising experience. I never felt the book reached readers who would have appreciated it and many of those who did buy, judging the book by its cover, must have let down by what they found inside.

The comment I received most often from readers who enjoyed the book was, “I never would have chosen it based on that cover but my friend told me I’d love it.”

Now self-publishing was giving me a chance to undo all that: to reissue the book with its original title and a jacket that I felt better reflected its content. It took a while but I succeeded in getting my rights back.  AFTER THE RISING was born and soon afterwards, its sequel BEFORE THE FALL. (The third part, IN THE HOUR, will appear in 2018).

I loved self-publishing from the start. It has changed everything for me: what I write and how I write it. Mostly it has changed my sense of what’s possible. This year, for example, I am publishing the Go Creative! series I’ve long been working on. I’m bringing out eight books over eight months, using Amazon pre-orders to set my deadlines. No trade publisher would even contemplate such a thing.

I feel blessed beyond belief to have been here for this moment in publishing history. Not just because I’m having more fun, garnering more readers and making more consistent money than at any time since I started to publish fiction but because it has restored for me something I was in danger of losing when corporate structures were my only choice: creative freedom.

I am proud of my self-publishing status, which I now carry into all my ventures and collaborations, and while I don’t believe self-publishing is right for everyone, I encourage all writers to try it at least once.

And I do what I can to help further the indie-author movement through my work for the Alliance of Independent Authors.

But that’s another story for another page.