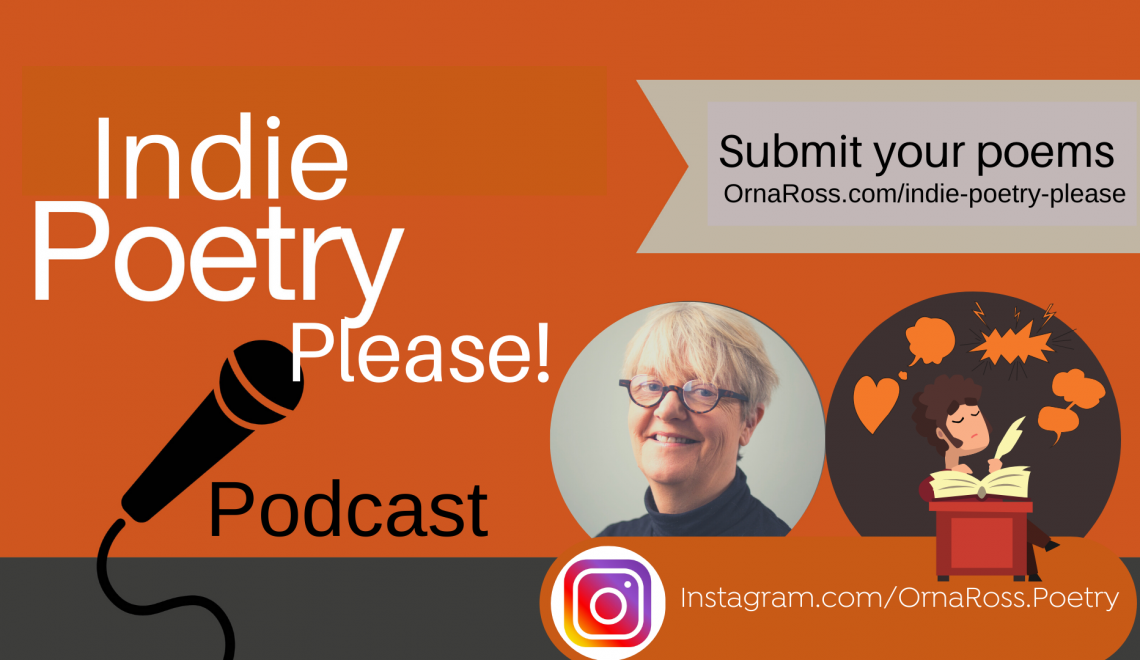 This is a summary of this fortnight’s #indiepoetryplease, my Instagram TV poetry reading, in which I read some of my own poetry and some poems from other indie poets I admire.

The aim of #indiepoetryplease is to introduce viewers to some of the most exciting, inspiring, and dynamic voices working in poetry today.

The live readings run every second Monday. Register here for an alert.

Tag your poems on Instagram with the hashtag #indiepoetryplease to be considered.  Further submission details here.

The theme of this session of Indie Poetry Please! was “Black Lives Matter” and included poems from Tolu Agbelusi, Saili Katebe and @pensandpavement.

My first poem is by @PensandPavement, a great poet and a great activist whose work is very live at the moment. This poem is about how, in the words of another poem of his, “now is not the time to be holding back cries”.

And so I keep feeling

And so I keep learning

and thinking and writing

And so I keep screaming.

And I will give this movement

meaning. And I will not

faint. And I will not

wait my turn. And I will

burn. And I will not

let the chant die. And I…

Next is one of my own poems, inspired by a black woman poet, and womanist, whom I love, and who has been a huge inspiration to me, Alice Walker. Her essay, “Overcoming Speechlessness” is where I first came across the story that is told in this poem.

“Lost and Found” by Orna Ross

Her name? Her name is Generose,

Listen to how her story flows

through the sounds of war anew,

our ruler coming out to say:

“Bombs! Again! Away!’” Through

at what we need to do and why

evil ones must die.

Through the soldiers jumping to;

through me, and my kind, left bereft

behind, nowhere to be

except here, hoping to woo

Come with me. I need us to get to a place

far from here, where four or five

million…? No. Let me begin again…

Yesterday. I was clearing my house.

“And not before time!” is what you

would have said if you’d seen it.

I was making two piles

when I found it: the book.

for me to return.

I shrugged off the me who likes

to think she can think

herself safe, and picked it back up

where I’d stopped. And dropped,

down again into that wood

where four million people once died.

One mother’s name was Generose,

see now how her story goes.

When they’d hear the trucks of the killers

roar in, the villagers would grab the hands

of their children and flee to the trees.

At night, they’d lie down on dead leaves,

One day Generose and her family

were too slow to go. The soldiers

came in with machete and gun,

hacked her husband to death, then

made her climb up to lie down

on her own kitchen table,

in front of her daughter and son.

“We’re hungry,” they said as they

cut off her leg and sliced it

into six pieces, and fried them

up in her pan.

Listen. Listen to how it goes.

They ordered her children to partake.

The boy knew how to refuse

and was shot on the spot. The girl,

in terror, attempted to try. I ask you:

can you imagine? Not the family

so much as those soldiers,

the teaching it took to create them.

Where this happened was already famed

for kings who came from afar to take

what they would. What one liked

to take was the hands of the men

he’d enslaved, the ones who had failed

to bring in their quota of crop.

And chop them off.

Consumed by the sight of the girl

trying to force her mother

as meat through her mouth, the men

from the table to crawl from the house.

And so, somehow, she survived.

And so, she has heard, did her daughter.

And so she believes that some day

she’ll see her again. And she works

every which way for that day.

Why tell you all this?

May I reverse the question,

ask you how you feel when you

hear it? That’s why the poet

wrote her book, though to regurgitate

that leg made her sick for weeks after.

The same choices call to us all.

Kings will do what kings do,

soldiers too, and if you don’t

want to know, I won’t keep you.

Let me back to the book that knows

what to own, what should be let go.

Let me wait in the place I’ve come

to call home, with those

who decline to oppose.

Let me hold to my hope that the girl

to recall their dead men,

what we’ve been taught, so well,

to forget: the long-lasting hold,

the cast iron caress of the mother.

Her name, this time, was Generose,

and that is how the story goes.

That’s “Lost and Found” from my collection Keepers

So there are two other poets I’d like to introduce you to tonight. The first is young Nigerian British poet/performer, Tolu Agbelusi, who has a real storytelling component to her poems. And that’s something that all the poems I’ve chosen for you tonight share. This is her poem “Museum of Women”.

“Museum of Women” by Tolu Agbelusi

In the shadow of frustrations
I sometimes hear myself
say, “I made it this far alone,”
failing to find a reflection for that
embodiment of life in the mirror of my years.
I see instead a museum of women refusing
to gather dust in my memories and heart spaces
—women who at distinct moments have shouldered me
when life had done its best to twist me into questions
—my mother dropping her worry into reluctant ears,
the sisters who have crossed over bloodlines
to hold me in position when my strength was a body dropping
out of the sky with no parachute — the ones who broke all the mirrors
that reflected a distortion—me less than, not enough, not able
— taught me how to do the same— the ones who met me on pages
that opened doors to new worlds where I learnt I was not my mistakes—
women like Maya who reminded me I was a constellation of possibilities.

The women who ornament my heart-shelves are sculptors
quietly shaping me into a masterpiece at moments I fail
to acknowledge I am still under construction.
This body is a monument of many women;
I was not built alone.

And that was by Tolu Agbelusi.

My final poem for you is called “Cannons”, by a young poet, Saili Katebe, who lives in the south-west of England.

There isn’t a cannon in the clouds
Loud enough to break us
I believe that,
I believe that
We are the architects of Eden
Leading with our best foot
Forward, forging future
From the aftermath of madness

we author more than text
when we step through talking
Pouring our purpose into
The war against the concrete,
Speaking out of turn
In rhythm
To learn about the possibility
In petrichor, we already scored
The music now dance to the wind
Like nobody can see you fall
Like the future is already here
And the sky is applauding
Your brilliance

Look how resilience can lead us
Up from foothills to the summit
From summit to the stars and back,
though we plummet we persists
And press our words into the ledgers

There isn’t a cannon in the clouds
Loud enough to break us
I believe that,
I believe that
The after ever after we ask for
We come to us calling
When we carve our stories
Into the storm.

Thank you for reading and listening. I’ll be back with more poems in two weeks’ time. Take care, until next time, may your lives be filled with poetry. 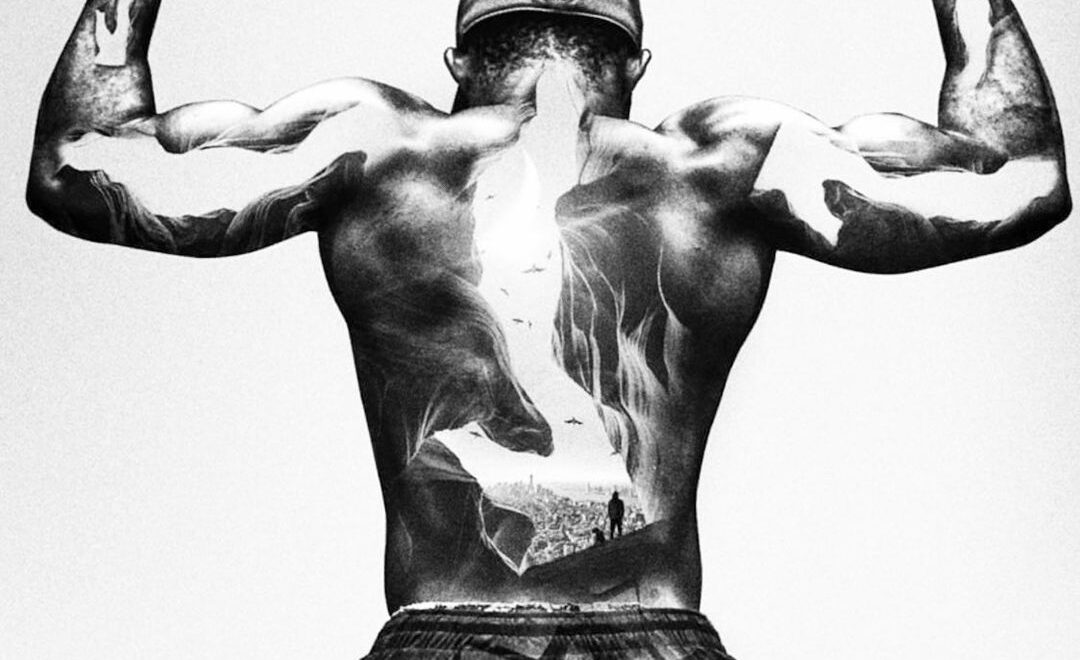