Living in the Passive Voice? 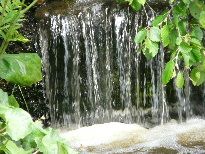 Passive  = “The ball was kicked by Johnny”.

The second sentence always brings to mind a reluctant Johnny sidling up to the detestable ball, barely touching his foot to it, despising it as it rolls feebly away from him, not deigning to watch where it goes…

The passive voice does much
more to a sentence than just reorder its words.  It changes its entire energy — and thus its meaning.

As in writing, so in life.  Many of us are living in the passive voice, approaching our unfolding moments like Johnny approaching a ball.

Such passivity is not to be confused with acceptance, a core characteristic of the creative response.  Creative acceptance, an open, allowing attitude, always feels good.  Passivity is usually wrapped around some form of reluctance – non acceptance, judgement, closed mind – and comes trailing negative emotions.

Like Johnny with the ball, we detest, we despise, we ignore, we can’t be bothered.

What would you do differently?

WANT MORE LIKE THIS?  Sign up for The Creative Intelligence Blog (and also receive a free e-book on Inspiration Meditation).