Repeal the Eight: Vote on May 25th

This blog is usually a politics-free zone but this is an appeal to Irish friends to vote “Yes” this day next week, on May 25th, when Ireland goes to the referendum polls (yet again).

This time we will learn whether Ireland has finally grown up enough to trust its women.

There are a thousand good arguments as to why Yes is the right way to vote on in this referendum, which you can read here.

An Amendment That Should Never Have Happened

I no longer have an Irish vote, if I did I would go home to do my part in seeing this one voted in.

Masterminds of the Right tells that whole sorry story, if you’ve any interest in how such bad law ever came to be: making a choice that hundreds of women make every week not just illegal but unconstitutional.

A great raft of rules, laws and stipulations that rarely apply to themselves, as we’ve seen in the Catholic Church.

When this agenda of patriarchal control flourishes, it is always women and children who pay the highest price. Look at the societies where it is active still and ask: is that how we want to live?

By contrast, two young Dublin women decided to ask Irishwomen who had experienced abortion to speak. To tell their individual stories of why and how and when and what and for whom.

You can listen to some of these stories here.

If you live in Ireland, the invitation is to broadcast them out loud, out your windows and doors, so these women’s voices are heard, before the vote.

This joint project — NOT AT HOME and BRING THESE STORIES HOME — was created by Grace Dyas (of THEATREclub Ireland) and Emma Fraser (Nine Crows).

Since April 2016, Dyas and Fraser have been collecting this anonymous testimony from women online. In June 2017, they visited BPAS Merseyside in Liverpool where they spoke to healthcare professionals, taxi drivers and others who come into contact with Irish women on a daily basis.

From this they created an award-winning durational art campaign. They say:

Before any vote is cast, we need to hear each other.
Please listen to these women. They were alone. They had to leave their home. We are asking you to bring their stories into your home.

We all know someone who has traveled. Play these stories out your window for the person in your life who has traveled. Think of her as you do. By doing this,  hope that we will bring their stories home, in the best possible way, for the highest possible good. There will be no arguments, no shouting, no stopwatch to ensure balance. This is not a sermon to the converted – it’s a calm place for the undecided.

On the record, 170,216 women have left Ireland to access safe abortion services in another country.

Off the record, who knows how many more?

When women choose abortion, it’s not a foetus they’re thinking about, but an imagined child, an imagined situation, and the real-life, imperfect circumstances they’re in.

Women make mistakes. Women are raped. Women conceive potential children of all kinds and in all kinds of situations: those with appalling handicaps, those they’re not in a position to care for, those whose future they fear for, if they were to be brought into this world.

Women live this, every day, and do the best they can in their own particular circumstances. Abortion is rarely an easy choice but, bringing all to bear, it is often the best option at that time.

We all know something about women that is so obvious we rarely say it. We need to say it in the run up to this referendum: More than any other group of human beings, women can be trusted to do the right thing by children.

Not every woman, every time: no. But women as a group, oh by all that’s holy: yes.

UNICEF, the global organization entrusted with the care of the world’s children, is unequivocal about its own research and experience: “When women are empowered to lead full and productive lives, children and families prosper,” says UNICEF Executive Director Ann M. Veneman

A Question of Care

Like women all over the world, Irishwomen make these hard choices every day. If an abortion can’t be had at home, they will travel, as women have traveled through the ages in such times of crisis, to receive what the care need.

And freedom. The freedom to do the hard thing, the right thing, the only thing to do, at a time of crisis.

Men, if you think all this has nothing to do with you, I leave you with the words of Ireland’s greatest president to date:

“In a society where the rights and potential of women are constrained, no man can be truly free. He may have power, but he will not have freedom.” ~ Mary Robinson

Do we care about women? Listen to these stories. Then, if you have an Irish vote, on May 25th, let’s stand together with all those who have told their stories, and all who have been bullied into silence, and say Yes. 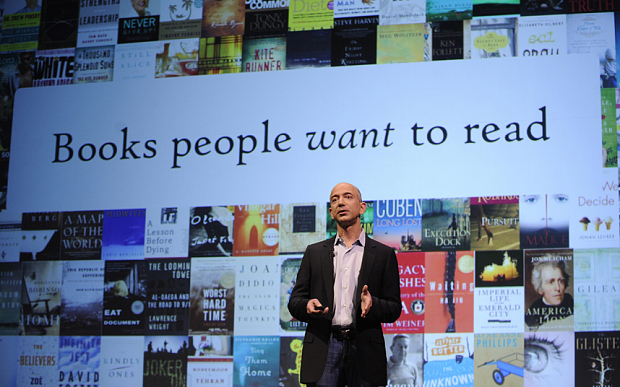 uncategorized
Jeff Bezos, Amazon Founder & CEO, On His Love of Books
uncategorized
Be More Creative: Capturing Ideas and Insights
Uncategorized
How to Use Kindle Public Notes