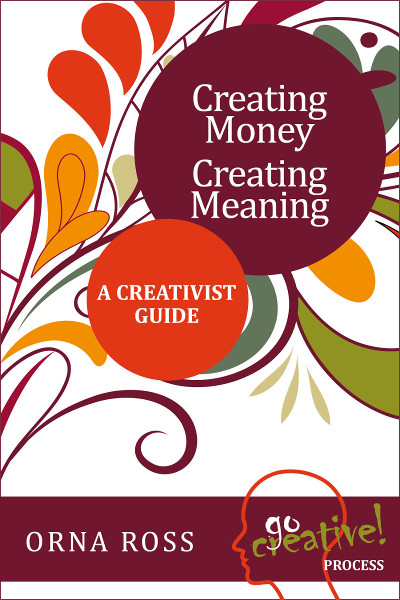 This week’s book extract is from Creating Money, Creating Meaning.

Some Questions: Do you have enough money?
Yes / No

Would you describe yourself as a wealthy person?
Yes / No

Do you know how to create more money?
Yes / No

Do you understand the physical, intellectual, emotional, psychological, creative and spiritual dimensions of money?
Yes / No

Do you hold ideas or attitudes that might be a block in your relationship with money?
Yes / No

Do you understand the roots of these blocks?
Yes / No

Do you have a method to unblock them?
Yes / No

Do you understand how money can be made meaningful?
Yes / No

Do you want to be wealthy?
Yes / No

When you’ve answered “Yes” or “No” to all of the above, how about this question: Do you love money?

Or does the very question make you queasy?

However you answer — and it’s important that you tell yourself the truth — you must begin this book with the understanding that money is not something separate from you.

You might bemoan it, disparage it or despise it; you might pursue it, crave it or accumulate it; you might be willing to sacrifice good relationships or good health or good values to get your hands on it, or you might give it away as fast as you can. However you think about and handle your money, you two are in a relationship. Inextricably hitched, until the day you die.

This book encourages the love of money. Good, wholesome love of the kind praised by Paul of Tarsus, a tentmaker who went on to become a Christian saint.

He wrote a letter to the Corinthians that has been cited at weddings for centuries since. “Love is always patient and kind,” he wrote. “It’s never rude, seeking its own advantage. It doesn’t take offense or store up grievances. Love doesn’t rejoice at wrongdoing, but finds its joy in the truth. It’s always ready to make allowances, to trust, to hope and to accept what comes.”

That’s the sort of money-love we want to encourage here, the kind of love you find in a successful, long-term marriage: understanding what money can do and accepting what it can’t.

Understanding too where your responsibility starts and ends — and turning up for your part.

It’s very different to the sort of debased money-love we see all around us (and also lurking somewhere within).

Like its close companion time, money can be spent wisely or wastefully, used for good or for ill. It’s not the neutral coins and papers that lead some people to venerate it as an end in itself and others to denounce it as the root of all evil.

“His family is sooooo rich,” said a fourteen-year-old boy I know, about another boy he had met that day. “His dad drives a BMW, and they have three other cars, and their house is huge, and they have another house in Italy with a huge swimming pool and he has an iMac and an iPad and an iPhone…” His words were tripping over themselves with excitement.

It’s not just teenage boys who get excited about such matters.

Ours is a consumerist society, which means that most of us spend most of our time, energy and, yes, money on making money and buying things and experiences.“Social comparison – keeping up with the Joneses – expands the demand for successful products and facilitates mass production, making once luxury goods accessible to the many,” says marketing guru Ernest Dichter, in The Strategy of Desire.

“This cornucopia of material goods and its role in the continual reinvention of the self distinguishes a consumer society from its predecessors.”

Unlike the tribal or conquering or moralistic societies that preceded ours, contemporary communities have no defined creative or spiritual centers, places to worship the great mysteries of life. We break away from our ancestors but are left without guidance around conscious creation and particularly where that pertains to money.

Many of us are very lost.

We’ve worked hard to do what our families, schools, workplaces and society ask of us, but have wound up disillusioned when the implicit promise made to us has not come true.

We haven’t managed to acquire as much as we want. Or we have and it hasn’t delivered. We still feel unsatisfied. Our needs and wants are taken care but true wealth is as elusive as ever.

This is okay, is a part of our evolution towards a more creativist, and ultimately a more enlightened, perspective and society. But it can be painful to experience.

And is utterly understandable.

It can be easy to mock materialism but goods are called goods for a reason – they are not only essential for our material welfare – food, shelter, protection and security – but also our emotional and psychological welfare.

Their role in our lives goes way beyond their function. We can become attached to certain possessions — homes, cars, books, clothes, CDs, photographs, computers, phones — and come to think of them as part of our extended self. “Hollow hands clasp ludicrous possessions because they are links in the chain of life,” says Dichter.

Possessions can offer a sanctuary for our most treasured memories and feelings. Some such attachments may be fleeting, burning with momentary novelty but extinguished as suddenly when something else attracts our attention. Others can last a lifetime.

And perhaps it should not surprise us that some people feel they never have enough. For most of humankind’s existence on earth, survival has been deeply precarious. Saving, accumulating, hoarding and stockpiling were the activities that kept our species alive through long winters without food, and allowed human communities to congregate in ways that protected them from the worst onslaughts of the wild beasts and climate.

We have reached a point in human development, however, when such behavior is no longer appropriate.

A World of Plenty

Millions of us are behaving in a world of plenty as if still deprived and the irony is: all this unnecessary accumulation is where the threat to human survival now lies. Today, we are not only maiming and killing and exploiting other humans, as the accumulation drive always has, but maiming the very planet that sustains our existence.

Even if our teenage boy grows up to be a money-driven stockbroker sub-contracting out the gaining and maintaining of non-financial wealth – of love, beauty, comfort, care and creativity – to his wife, he will know deep down that there’s more to life than financial accumulation.

But he might well ask: If wealth is the thing, then why does everyone keep banging on about the money?

Almost everybody who does the “You and Your Money” exercise answers yes to the final question: Do you want to be wealthy?

When asked to define what they mean by wealth, though, the answers become less emphatic, more ambiguous, sometimes downright muddled.

“Wealth is being able to have what you want, when you want it,” said one course attendee recently.

“Wealth is never having to worry,” said another.

“It’s knowing you’ll always have enough,” said a third. “And,” she added, on reflection, “a bit left over.”

“It’s being able to have fun with money instead of fretting over it.”

And so on. But each answer seemed to beg another question. How much is enough? How big is that leftover “bit”? What does real comfort or luxury look like?

What about those things – the best things in life, we’re told – that come free, that seem to have nothing to do with money?

And what about people who have everything they need and want, yet still worry? Those whose money amounts to millions but who still are driven to accumulate more: Are they wealthy?

Or is true wealth more than money? And if yes, what is this more? 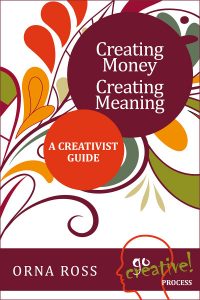 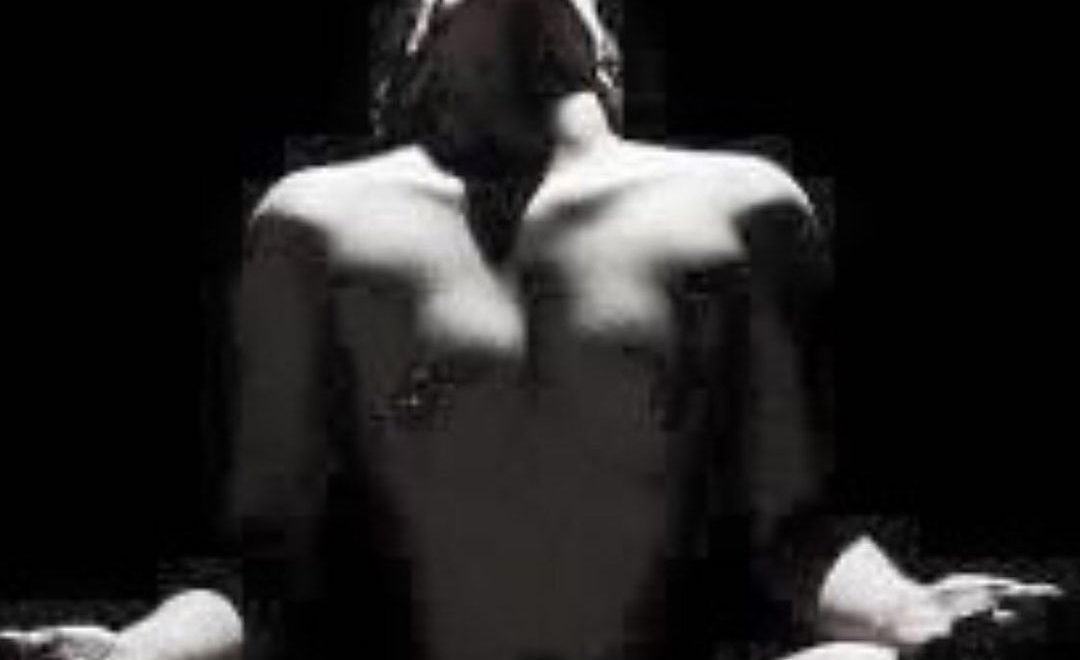 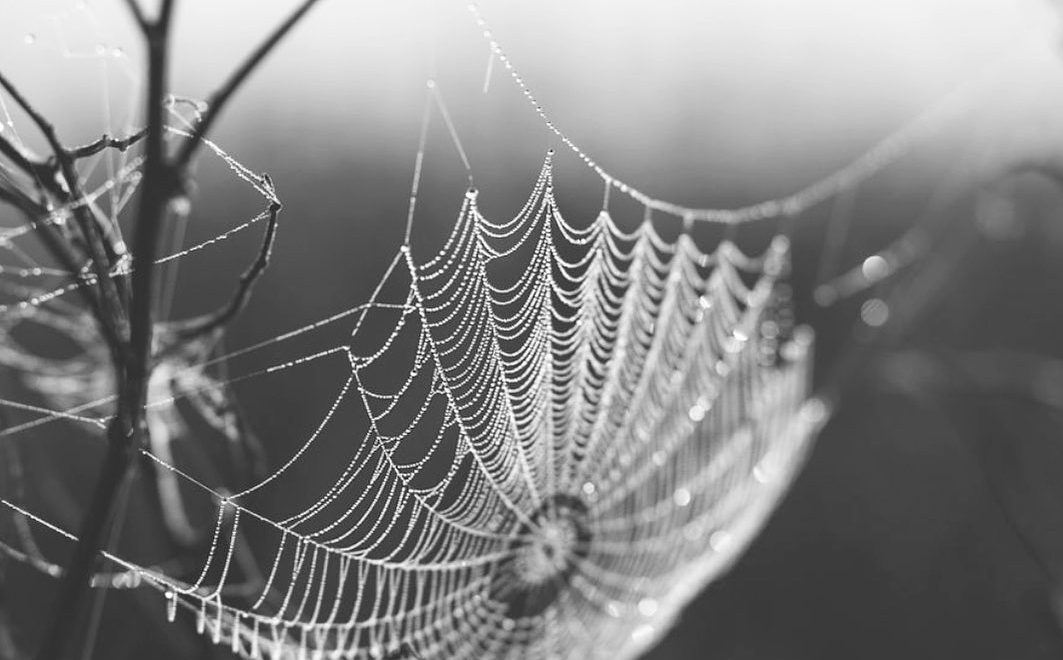