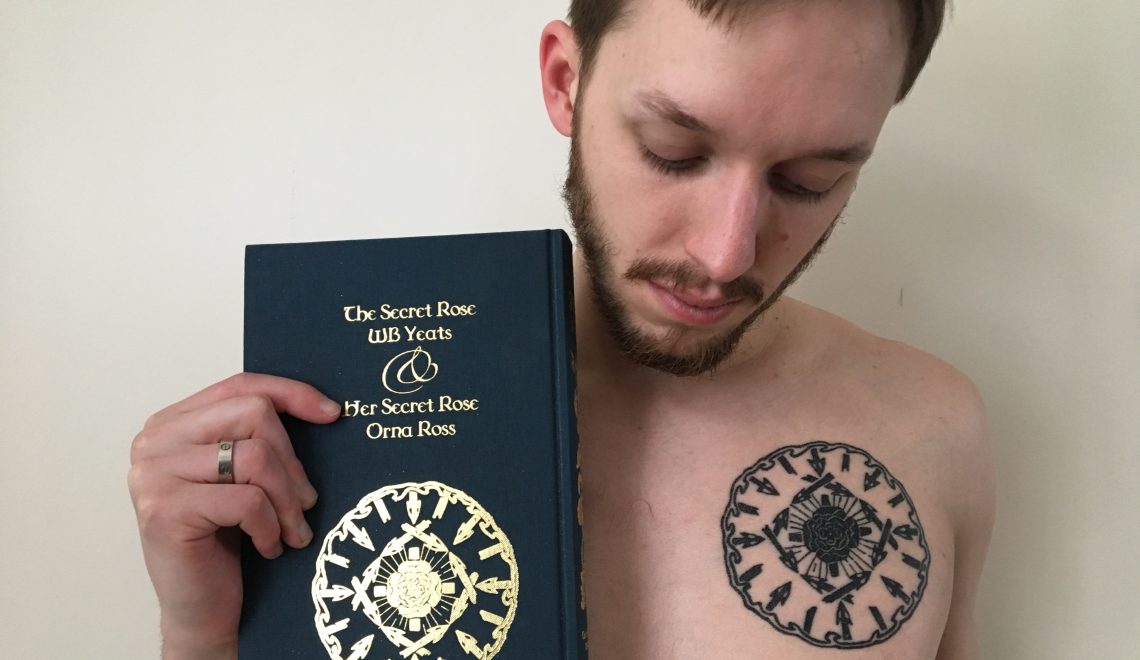 That’s a picture of Lovely Son, above and yes! that is a tattoo of the Secret Rose symbol on his chest.

This symbol, inspired by the Western magic tradition, was the work of Althea Gyles, a nineteenth-century Irish artist, illustrator, designer and mage.

And friend to the poet, WB Yeats.

They were both part of the same esoteric circles in Dublin and London, members of the Hermetic Order of the Golden Dawn and the Theosophical Society.

Yeats described Gyles’s art as being ‘full of [the sort of] abundant and passionate life which brought to mind Blake’s cry, “Exuberance is beauty” and Samuel Palmer’s command to the artist: “Always seek to make excess more abundantly excessive”.

And so it was she whom he commissioned to do the cover illustration for his collection of short stories that would tell the story of spiritual progress across two millennia, from the birth of Christianity through (as one of his later poems would put it) “twenty centuries of stony sleep”.

An expunged passage from one of those stories, “Rosa Alchemica” describes an ancient book cover showing “the alchemical rose with many spears thrusting against it, but in vain, as shown by the shattered points of those nearest.” 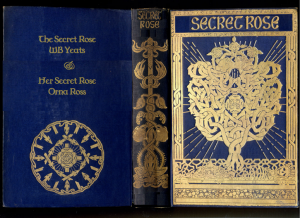 This, together with similarly elaborate instructions for front and spine, was what Althea Gyles set out to create for the book jacket of the story collection, The Secret Rose.

And the cover I set out to reproduce a century later, when making Secret Rose, my tribute to the great poet — and the little-known artist.

What is the symbol?

The mandala features the rosy-cross, a sacred symbol representing the meeting of christian and magic belief systems.

In Althea’s drawing, the cross casts twenty-eight rays, seven emanating from each of the four angles formed by the cross, and some broken.

This image is contained within a two-line wavy circle, from which many spears emanate in the direction of the cross, to “thrust against it, but in vain”, shattering as they approach to form the four sides of a diamond, to surround the precious rosy-cross.

Each side of the diamond is made of the converging tips of two spearheads. 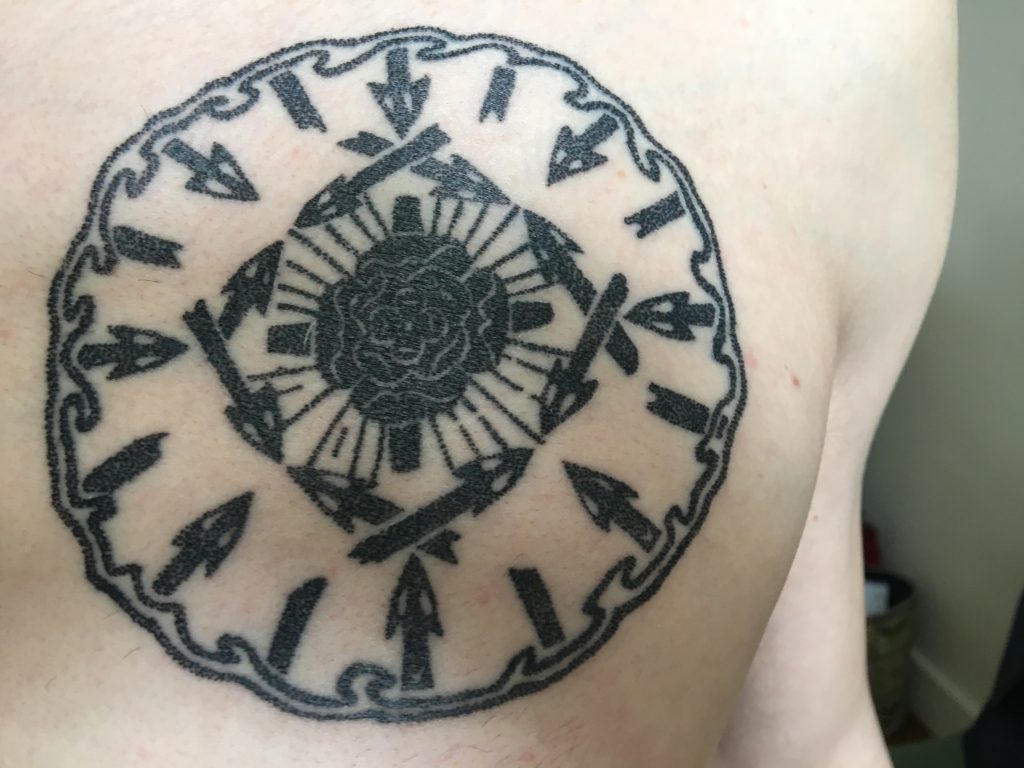 What does the symbol mean?

For magical adepts like Althea and Willie, the rosy-cross represented the mystical melding of all oppositions, attained only by initiates. Especially the opposition between spiritual and material life, between eternity and death.

The spearheads encasing the cross show violence and death attempting to attack peace and life but falling, failing. And all contained within the circle, the symbol of wholeness.

One of the challenges, when we were printing the special edition, was getting the gold foil illustrations right, so the detail wouldn’t be lost. It has taken a highly skilled tattooist to reproduce this level of detail.

I can’t imagine what it was like to have something this size, with this level of detail,  punctured onto your chest with ink and needles.

What a tribute! I’m beyond touched.

And how astonished Althea would be to know that a reproduction of her work would be commissioned for a special tribute book, and then a tattoo, a hundred years after her death.

It was my reverence for Yeats’s poems that brought me to her work and now it lives on. Literally living, on a breathing human chest.

Now that’s what I call magic.

The magic of art. 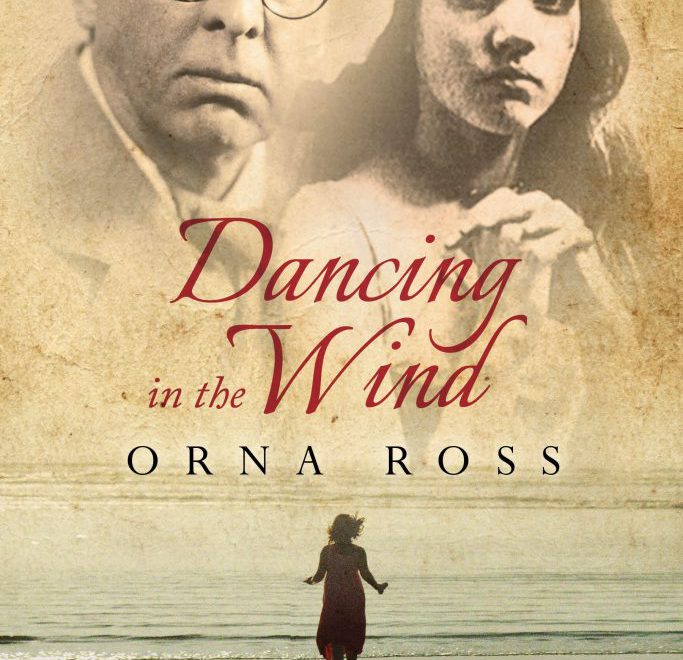