Her name? Her name is Generose, here is how her story flows: 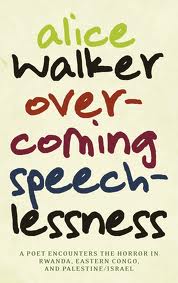 through the latest news of war
our ruler coming out to say
‘Bombs Again!’ Though his minions’
mincing words, force-feeding what
‘we’ need to do, and why, (with regret)
some evil people (and some others)
must die;

through the soldiers jumping to,
while I, and my kind, are left gasping
behind, holding a small stand somewhere
like this, appealing to someone
like you.

So…
Can you come with me
to a place far from here, where
four or five m– No. Let
me begin again. Let me start
with myself, with yesterday when I
was clearing out my house,
‘and not before time’ is what you
would say if you’d seen it. I was
making two piles – to hold or to go? –
when I found it. The book. Open,
face down, waiting for me to
return.

Shrugging away the me who thinks
she can think herself safe, I picked
it back up where I’d stopped,
and dropped, down again into that place
where four million people once died.
(Or was it five?) Yes, yes, genocide.

The woman’s name is Generose, listen to how the story goes

When they’d hear the trucks of the killers
roll in, her people would grab the hands
of their children and flee to the trees.
At night they would lie facedown
on dead leaves, knuckling dirt through
their dreams.

One day she and her family were too slow
to go. The killers came into their house
with machete and gun, hacked
her husband to death then
made her climb up to lie down
on her own kitchen table,
in front of her daughter and son.
The soldiers were hungry, they said,
so they cut off her leg and sliced it
into six pieces and fried them up in
her pan.

It’s true. It’s all there in the book.

The mother’s name was Generose, listen, listen, here’s how it goes:

They ordered her children to eat
from the pan. The boy knew how to refuse
and was shot on the spot. The girl,
in terror, attempted to try. Can you imagine?
Can I?

It’s the soldiers who get me each time,
the teaching it took to create them.
Where this happened is a place
made famous by kings who came
from afar to take what they would.
What one liked to take was the hands
of men he’d enslaved, the ones who had
failed to bring in their quota of crop. And chop
them off.

Crazed with the sight of the girl
in the corner forcing her mother
as meat through her mouth,
the soldiers overlooked Generose
as she crawled from the table
and out of her house. And so,
somehow, she survived. And so, she is told,
did her daughter and so she’s
convinced that, somehow, she’ll see her
again, and she lives and she
works, every which way for
that day.

So why have I told you all this? May I
reverse the question? May I ask
what you feel when you hear it? When you
see me stand here with my need to know
what was done to me too, what it’s made
me do.

That’s why the poet wrote
her book though regurgitating
that leg made her sick for weeks
after. No? Outrageous, you say, to compare
I know what you mean, it’s a question
of scale but the same choices call to
us all.

Kings will do what kings do. Soldiers
too. And if you don’t want to know, I won’t
keep you. Let me back to the book
that knows what to own, what must be
let go.

Let me wait in the place I’ve come
to call home, with those who decline
to oppose, and hold to my hope
that the girl might be found,
and enfolded again (and their two dead men)
so we all might recall what we’re taught
too well to forget: the long loving hold
of the strong waiting arms of a
mother.

Her name, her name is Generose and we all know how her story goes. 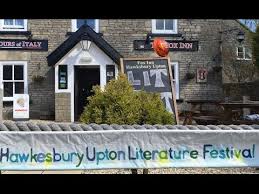