Creative Writing: Behind the books 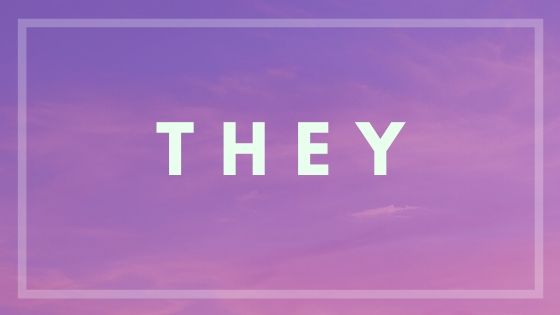 Where we have traditionally been told we should use he and his, this book uses the singular they and their. For me, this usage is more compact, equalising and flexible than the alternative, clumsy he or she constructions. As the OED blog puts it:
People who want to be inclusive, or respectful of other people’s preferences, use singular they. And people who don’t want to be inclusive, or who don’t respect other people’s pronoun choices, use singular they as well. Even people who object to singular they as a grammatical error use it themselves when they’re not looking, a sure sign that anyone who objects … is… hopelessly out of date.

This is the sort of thing that keeps writing nerds up at night. What are we all on about, you ask?
The they word is a word that shows how much words matter.
In late 18th century England, conservative men were engaged on a project to ensure property law adopted the principle of couverture in family law, whereby husband and wife are considered one person. Women and children were to be “chattels” of men and the stripping of legal personhood was accompanied by a change of language. He, his, and man were now deemed to cover both sexes, rendering women invisible in language as in law.
These laws were later overturned but the language lingers.
There is now, however, a movement to adopt the singular they, which I support. It’s seen as more respectful of those who choose to break out of binary gender definitions.
Now they has contemporary authority, having been named “Word of the Year” in 2015 by the American Dialect Society.
The Washington Post’s style guide ratified its use as a singular in the same year, and many other newspapers are following.

This is because they is not just the most elegant solution to the plurality problem; it is the political choice of those who want to display tolerance and inclusivity. They can encompass not just its older sense of gender equality but all the gender and sexual diversity that is queering identity, and consequently language, today.

And the singular they actually has traditional authority that pre-dates the patriarchal rulings. Take a look and you’ll see Chaucer, Shakespeare, and Jane Austen all used they in this way.

If you think such things are unimportant, think again. Words mould not just our understanding but our experience of life. Those who went to such trouble to enshrine he over she, mankind over humankind knew how important language was to their patriarchal projects.
Given its long history, common spoken usage, inclusivity, and elegance, for me the singular they wins the day.

If you’ve been motivated, moved or inspired by my writing or any of my work, please consider becoming a patron.

If you already do support, then a deep bow.

creative writingindie authorOrna Ross
I’d love to hear what you think. Please comment in The Guestbook
Share on